I operate under the idea that the message and exploration of experience is more important than the medium, and as such I own way too many art supplies. My house is a bit of a disaster.

I am fascinated by portals, journeys, and small, secret spaces, as well as magical artifacts of all kinds. I am deeply invested in the presence of the hand in all things, and am drawn to the place where the magical meets the mundane, where sacred and functional objects collide, often in a cloud of glitter. This has led me to having both an installation and object-based practice, creating enchanted talismans and environments in which to experience them.

Elsewhere is the outlet for all this, the world in my head. It is the space between the everyday and the extraordinary. It is a story of lost magic. Or rather not so much lost, as forgotten and unseen, even when it’s right in front of your face. Elsewhere is a quest to live by my own terms, to define reality as I want it to be, not as what has been handed to us.

It is about remaking the world. My world. Maybe yours, too.

​I want magic.
​I want glitter and sparkles and unicorns.
I want perfume that transports and jewelry that transforms.
I want deep woods and hidden doors and secret messages.
I want the world I dreamed of as a kid;
the one I took for granted would open its gates to me as I grew up.
And if it turns out it doesn't exist,
I guess I'll just have to make it up
out of scraps of dreams and odd bits of glass.

Maybe we can go there together. 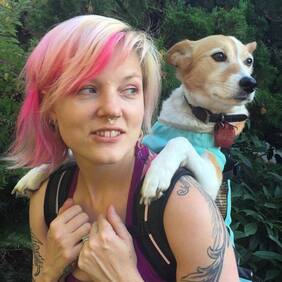