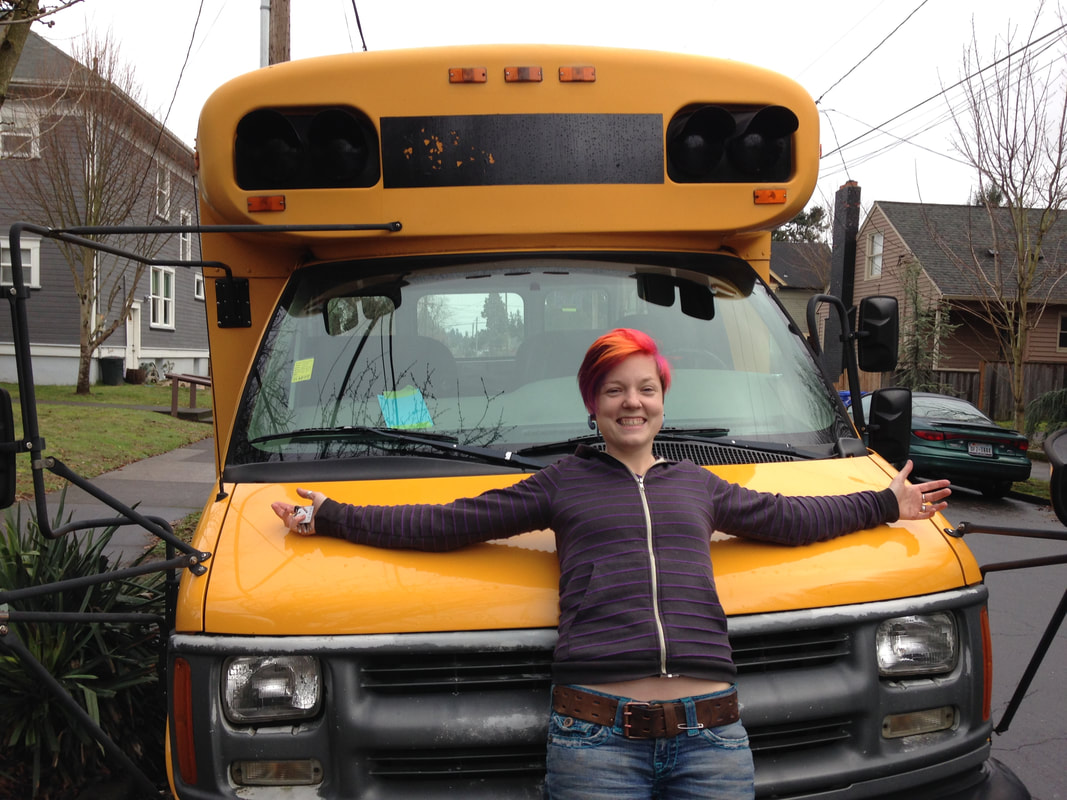 In 2016, after creating several temporary environmental installations, I got obsessed with the idea of a more permanent (read: mine) space that was not anchored to one time and place. Romanced by the idea of a gypsy caravan and having gotten very interested in mobile living spaces, I got it into my head that I could create a space in a school bus. Which instantly struck me as quite mad. Who does that? I can't do that!

Then David Bowie died... and that's like having a god die. It just shouldn't happen. So I thought, What Would David Do? David would BUY THE DAMN BUS.

And Ziggy Starbus was born.

Ziggy is a 1998 GM/Bluebird shorty. He's about 20 feet long with about 11 feet of useable space behind the bulkhead. 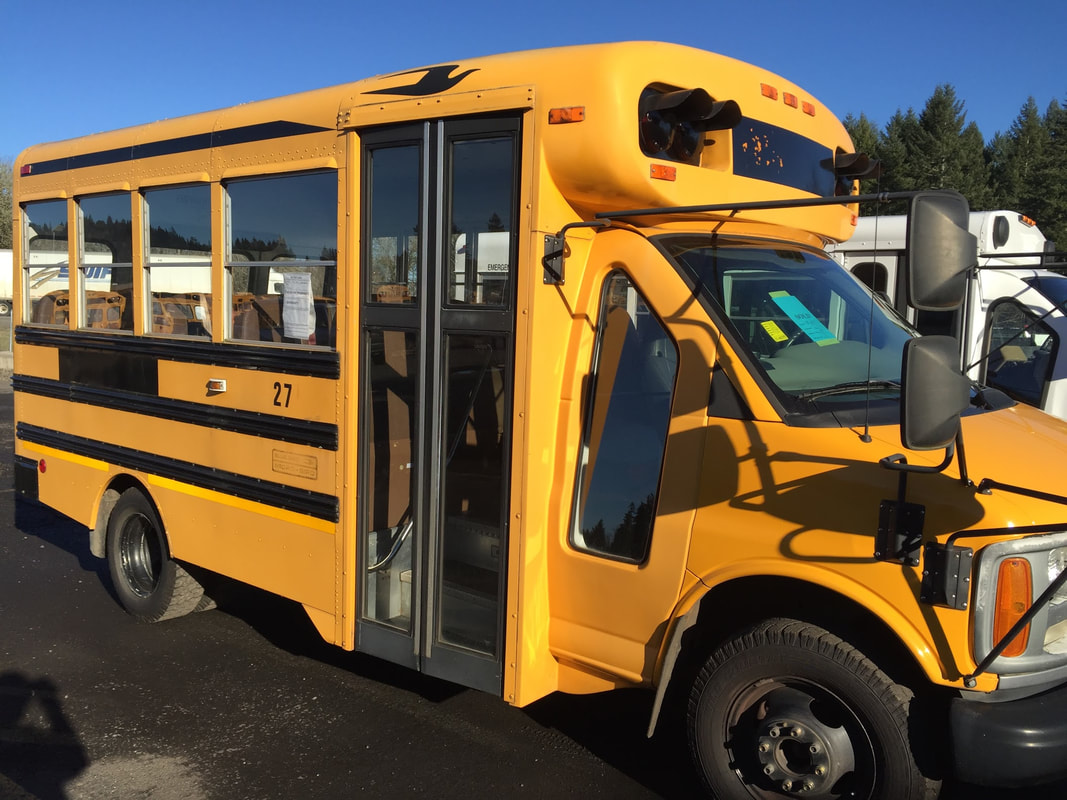 I spent the next 5 months tearing him apart and putting him back together... He's got vinyl-plank floors now, and a sparkle-sunrise paint job. 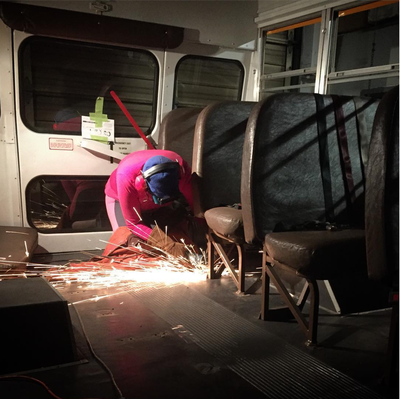 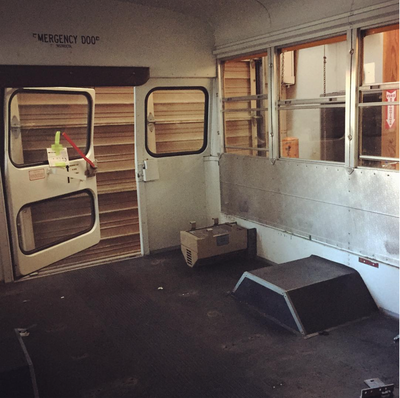 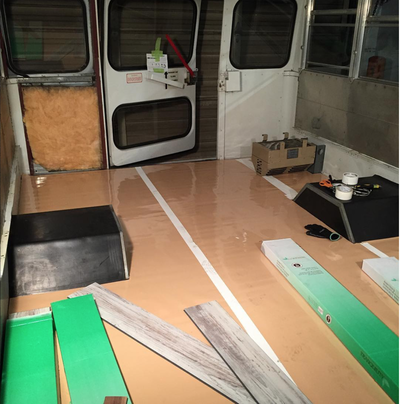 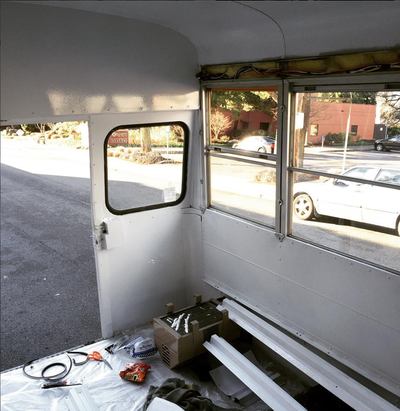 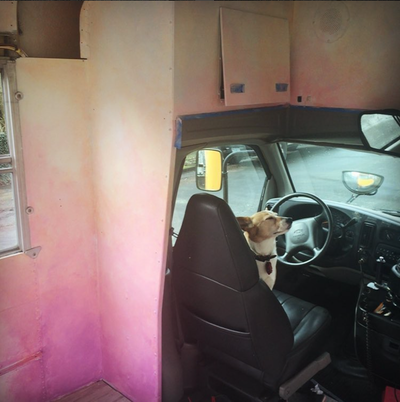 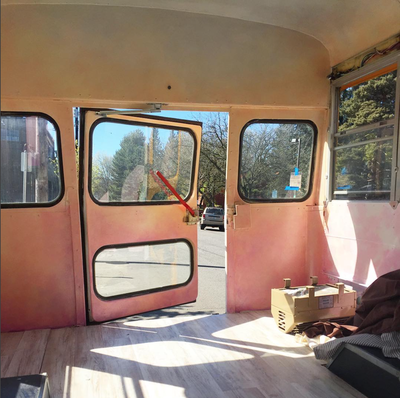 Next came installing a bar-counter. Ziggy was originally conceived as a retail space, and I think a good bar makes everything more comfortable. You have a place to lean, to feel settled and not so much "in the way"... also, ironically, to have that barrier between proprietor and public puts people at ease and makes connection easier. Standing around is awkward. Having a bar in between you makes our roles clear and sets the stage for conversation.

The body of the bar is made of wood, with this absurdly meticulous paint job. 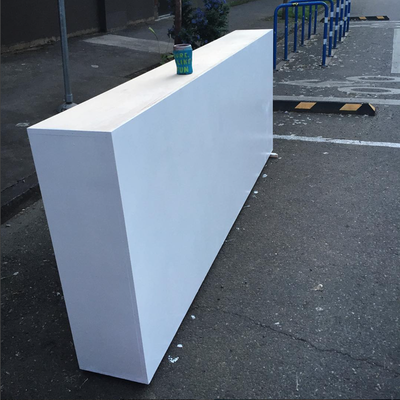 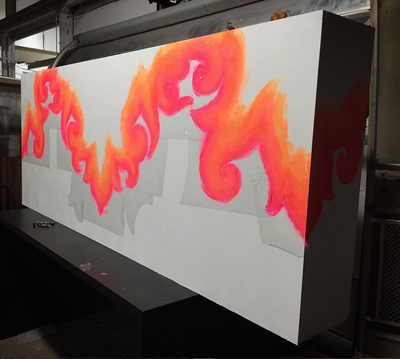 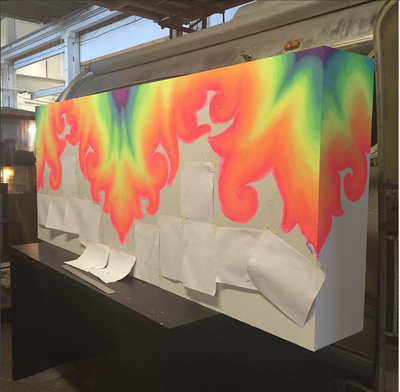 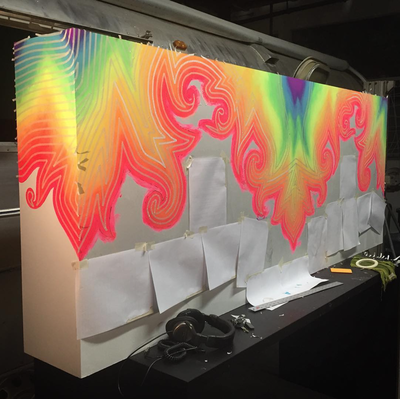 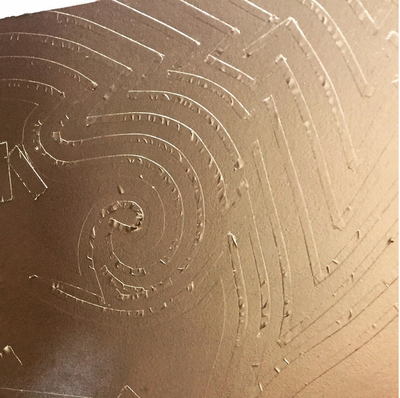 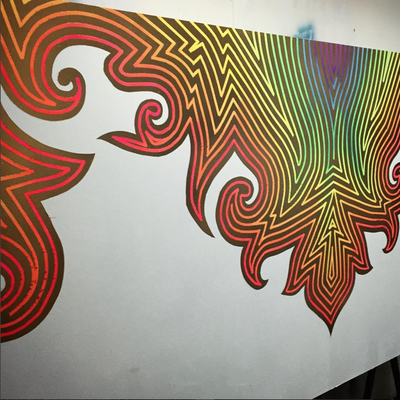 The bar tops are reclaimed type-setting drawers. They are painted in a spectrum gradient, with a layer of resin and glitter over that. Custom-cut plexiglass forms the protective bar top, but is easily removable so all the little compartments are still functional. 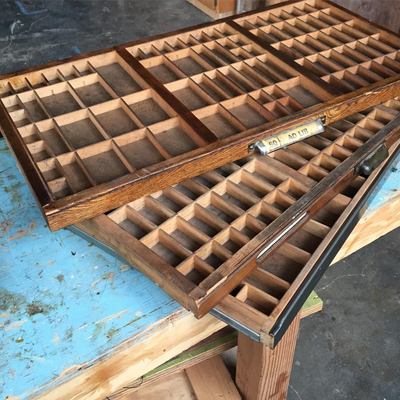 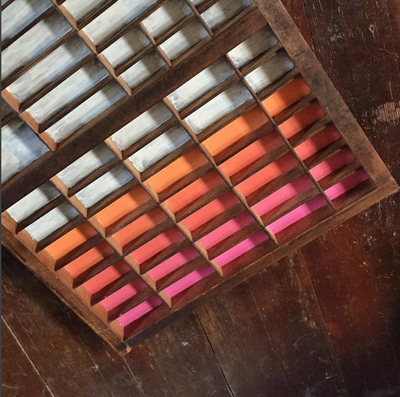 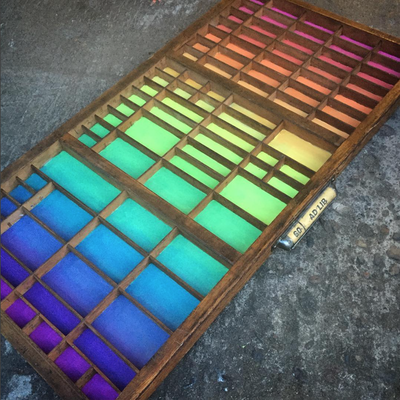 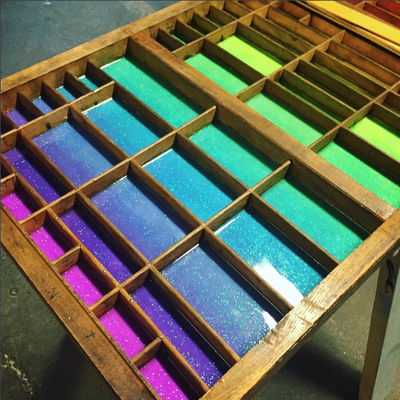 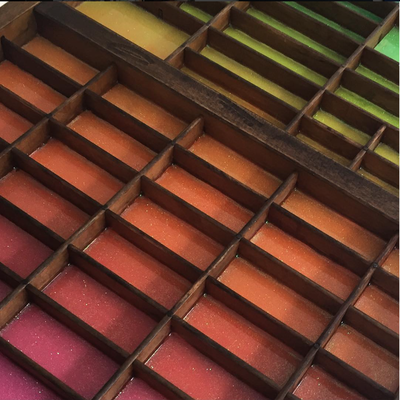 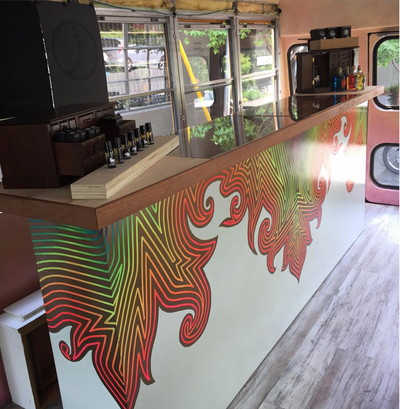 The other side got stacked and mis-matched drawers and some shelving. You can see some of the retail display here. The wood channel running above the windows is hiding LED strips; there are both warm white and RGB strips, so the bus can be really any color you can imagine. 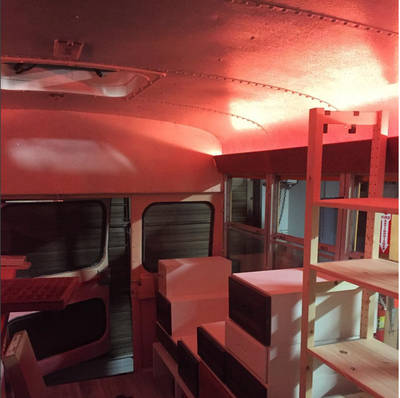 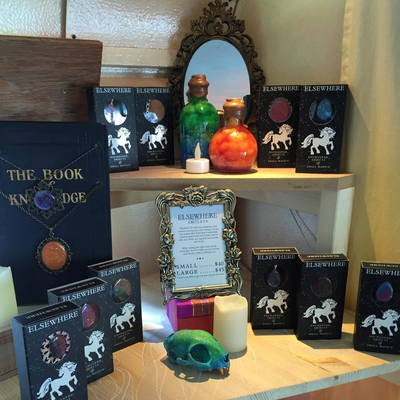 Ziggy had some good times as a retail space. Last year, I decided to take out the shelves and replace them with a couch/bed to make him more of a living space. The bench is made of wood slats and folds out into a nearly-double-sized bed. Ziggy is now happily living as an adventure bus. 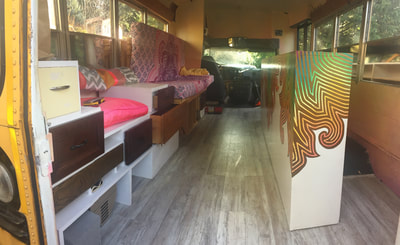 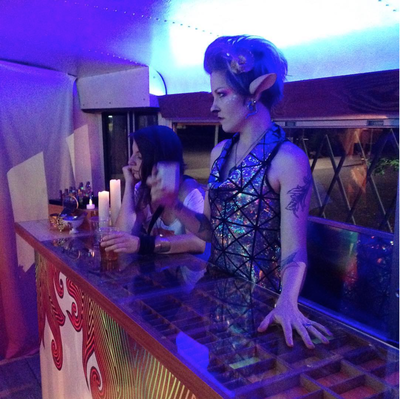 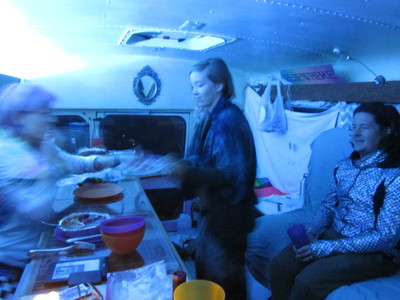